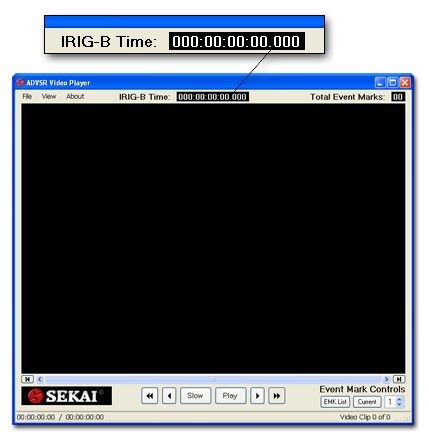 The ADVSR Video Player software can play back video clips recorded by an ADV-21 Solid State Recorder with the capability of directly jumping to any event mark placed during recording.

Among the normal playback functions such as Play, Stop, Fast Forward, and Rewind it has the capabilities of playing at quarter speed as well as stepping forward or backward frame by frame. *Requires Windows XP, QuickTime, and Microsoft .NET 2.0 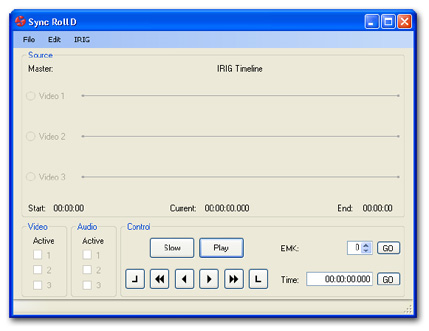 Sync Roll D is a software program for the synchronous playback of up to three videos with IRIG time stamps, recorded by the SEKAI digital video recorder ADV-21 with IRIG option. The software can be used if more than one ADV-21 were used to record simultaneously using the same IRIG-B source. During playback of the videos, the audio-source can be selected to any of the loaded videos.

If the videos have event-marks set during recording, they can be used to jump to that position. Parts of the Videos can be selected and cropped into spate files to reduce the files to the necessary portions. 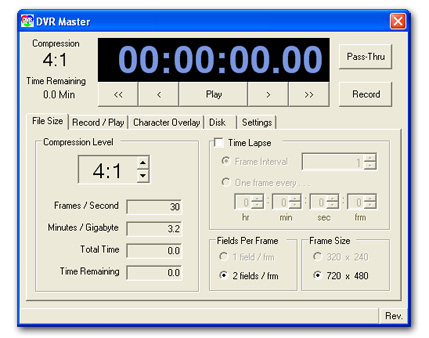 DVR Master is software used to configure and control various operations of the ADV-21 Solid State Recorder. With DVR Master installed, you can control the ADV-21 from any Windows PC with a serial port (RS-232).